Pam’s card won the random draw here for our Illinois digi….and she picked Missouri to bump up on the list of states. (We’ve been adding them as we can, and choosing a state each month to move up on the list, based on who sends in the most AnyHero mail!)

So here are the digis for Missouri – a “for you” version and a “gratitude” version. We also have a coloring page for kids here. To download these, click once on the image, then right click on the larger one. You can also download them now from the State Digis page on our website.

Originally, Sandy’s goofy idea was to combine this digi release with this morning’s May Arts challenge….so she and Pam tried making this a Christmas image. Ha! They both did succeed in getting the digi on the card, and some lovely May Arts ribbon…but making them Christmas cards was a bit of a challenge! For YOUR card, you don’t have to go Christmas..we just wanted to show you our challenge in converting a digi for a totally other use! 🙂
Pam layered a holiday sentiment overtop the provided one:

Pam went back and made a card with the digi as-is….much nicer not forced into a holiday design!

Want to bump YOUR state up on the list to get a state flower digi? Link up a card here using the Missouri digi, and if you win, you’ll get to pick the next state to get a digi!

Today we come to you with something beautiful…yet sad. There were many lost in the crash in Reno yesterday….including a friend of one of our cardmakers. The pilot of that plane, by the reports seen on tv, seems to have saved many lives by missing a more populated section of the stands…and emergency responders did an amazing job on the scene. Our condolences go out to all the families affected by this horrific accident.

So we bring you, today, our Nevada state digis. You might want to start with the thank-you version and make an AnyHero card in honor of those first responders.  Click on the image to enlarge it, then right-click on the larger one to download. Need samples to see coloring ideas? Check here.

What an incredible weekend of cardmaking inspiration we all had together! Today is the actual birthday – if you count the day the IRS called us a 501(c)(3)! 🙂

Make a dog card
Some special things for you today….Ciara has a special challenge for you that she posted over here – and her silly mama didn’t promote it. You can play along all week! Let’s show our soldier girl some love 🙂

Digi freebies!
We’re making slow progress on our catchup list…here’s Utah for you! This set matches with the Labels 10 set from Spellbinders; it’s also a rectangle for those who wish to use it that way, and has thick lines if you want to attempt to cut it out by hand. If you’d like a pdf of a few that fit one of the sizes, download the pdf here. To download the images below, click first to make it larger, then right-click the bigger image. These will be on our state digis page later this week along with a Utah coloring page – Sandy had some internet issues last night so wasn’t able to finish it all 🙂

Here are a few sample cards to get you started:

WINNER! We launched the Illinois digis…and drew a random participant as our winner – Pam T! Pam, you get to pick which state bumps up next on our digis list!

You could win the same prize – join in the challenge!

Today’s Birthday Bash challenge is one you can do on your day off today – Happy Labor Day!

Sandy’s finally catching up on all those state digis promised these last few months – and here for you today is Illinois! They’re square designs – and if you have any square-type of nestabilities, they can even be used with those. See here for ideas on how that looks!

Note that the black and white polkadots were colored over (coloring the black too so it smooths out) with a marker – letting the flower center pop against a dark background.

The prize: whoever makes a card linked up with Inlinkz below and chosen by random.org will get to choose which state bumps up on the list! Coming up later this month are Utah, Nevada, and Missouri – so your state could be next in line!

(And if your state is either already on our state digis page or on this list, you can let your friends lobby you for their state. Hey – there’s some blog candy for YOU to give away!)

We hereby officially welcome the great state of Texas to the state digi family here at OWH! Click on the image once to make it bigger, then download THAT image.

And of course a sample card to get you started! This has a little fancy fold tab that closes the AnyHero card. (and uses some scraps you might recognize from OWHtv!)

If you’d like to see all the state digis we have completed thus far, visit the OWH state digis page; next up are Illinois’ violets and Utah’s sego lily. Stay tuned for those next time Sandy gets some free time to create them! And bump your state up on the list: the state with the most AnyHero mail coming in each month gets put next in line!

Heeeeeeere it is! Will YOUR state be next? The state sending in the most Hero Mail  in April will be up for a digi next month!

And here are your samples:

Several people made the suggestion to start with our shippers’ states for our state digis….and so, here you go! Each one has both a “thanks” version and another sentiment; if people from those states want to use their own state digi for a couple of AnyHero letters, those sentiments are available for you!

Next up will be California, since they sent in the most AnyHero mail during the month of March! (if you missed that, check out the enews for April 1 – Ciara wrote it! If you aren’t on our email list,  you can sign up here.

It’s Sandy here with a treat – and a big idea!

This weekend, one of the prizes at our Facebook party was a digi of the state flower for the winner’s home state…Kathryn B was the winner, so Maryland is our flower digi! The Black-Eyed Susan is a bright yellow flower with a black center….so pretty and cheery! 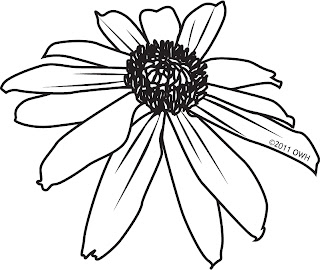 While I was at it, I also did the state bird, the Baltimore Oriole…it’s got an orange underbelly, and the orange goes a little golden by the time it gets to the tail. The feathers on top are black and white: 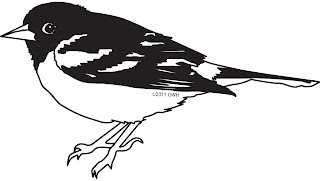 While I was working on these, the creative juices started flowing and I made a sort of ‘seed pack’ design with the flowers: 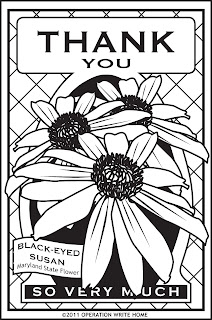 I made some sample cards; if you want to know more about how they were made, I’m posting them on my blog this evening: 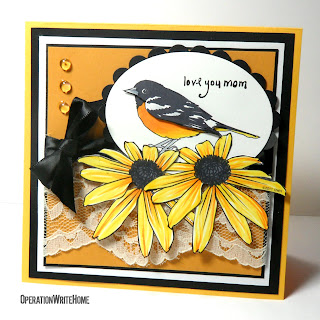 And then I had more ideas starting to cook! What if…..what if OWH had a set of digis for every state? These would be awesome for AnyHero cards for those from that state, and could also work as regular cards as well. And heck, who doesn’t love to color flowers!  (Okay I know some people don’t!)
The next problem is….how to decide which states are next? How about this: the next three will be the three states with the most AnyHero mail through the whole month of March…another 10 days left! We can do that monthly, or for whenever I’ve got time to make the digis….we can also have them as prizes for challenges…..heck, maybe we’ll even pick a random commenter on our blogs! So for now, be sure to include some AnyHero mail if you’re still sending in cards during March….push your state to the top of the list!
Once we get a couple states done, I’ll start a page on our website to collect all the digis together; then if anyone googles for images like these, they’ll end up at OWH….and we can gain some new cardmakers that way! *grin*
What do you think? What other ideas do you have for how we can pick which states are next?